Blog - Latest News
You are here: Home1 / What We Should Know About Marble

Marble, which is known as Latin marble in Iran, is a metamorphosed carbonate stone that has a specific crystal texture due to recrystallization under heat and pressure during the metamorphic period, and is mainly made of calcite and is mainly composed of calcite and dolomite minerals, or a combination of both of them.

The difference between the appearance of marble and travertine is that the surface of travertine has pores, but marble rarely has porosity and has fossils and soil veins.

How is marble stone formed?

Marble is a metamorphosed stone that is formed by the recrystallization of limestone, in such a way that over time and under pressure and heat, the texture and structure of limestone is transformed, recrystallized and a large, rough and veined calcite is formed. It exists.

Where are the marble mines located?

Marble is produced and processed in a wide range of colors in Iran. The total number of marble mines in the country is about 652 mines, of which the largest share with 163 mines belongs to Isfahan province. Fars province with 76, Razavi Khorasan with 67 and Kurdistan with 51 mines are in the next ranks.

According to the distribution map of the mines, the marble poles can be considered as the center, south, northeast and west of Iran. Also, Fars province has the highest rank in the country in terms of marble quality, and most of the marble stones in this province are directly bought by foreign merchants. The purchase is monopolized and transferred abroad for processing. 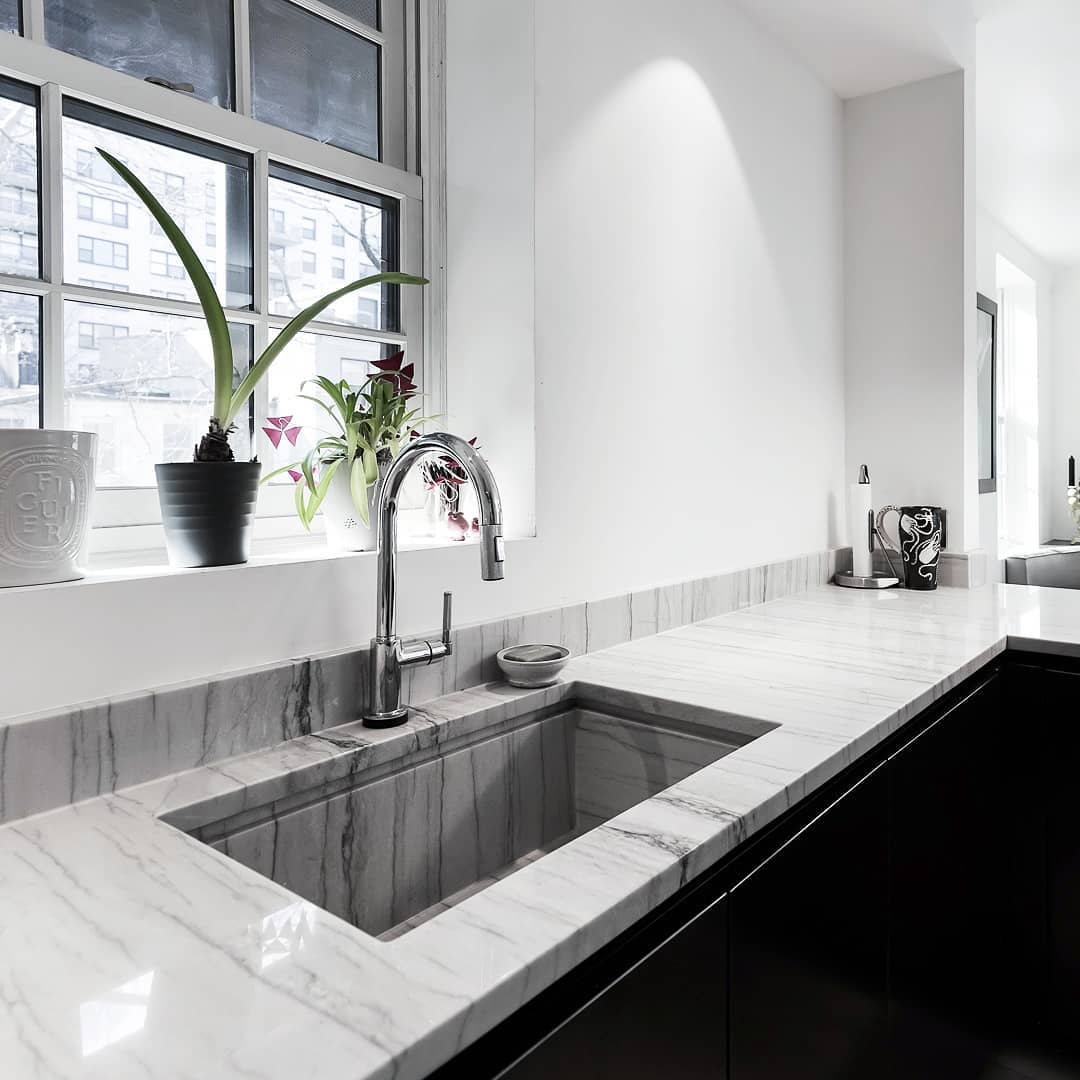 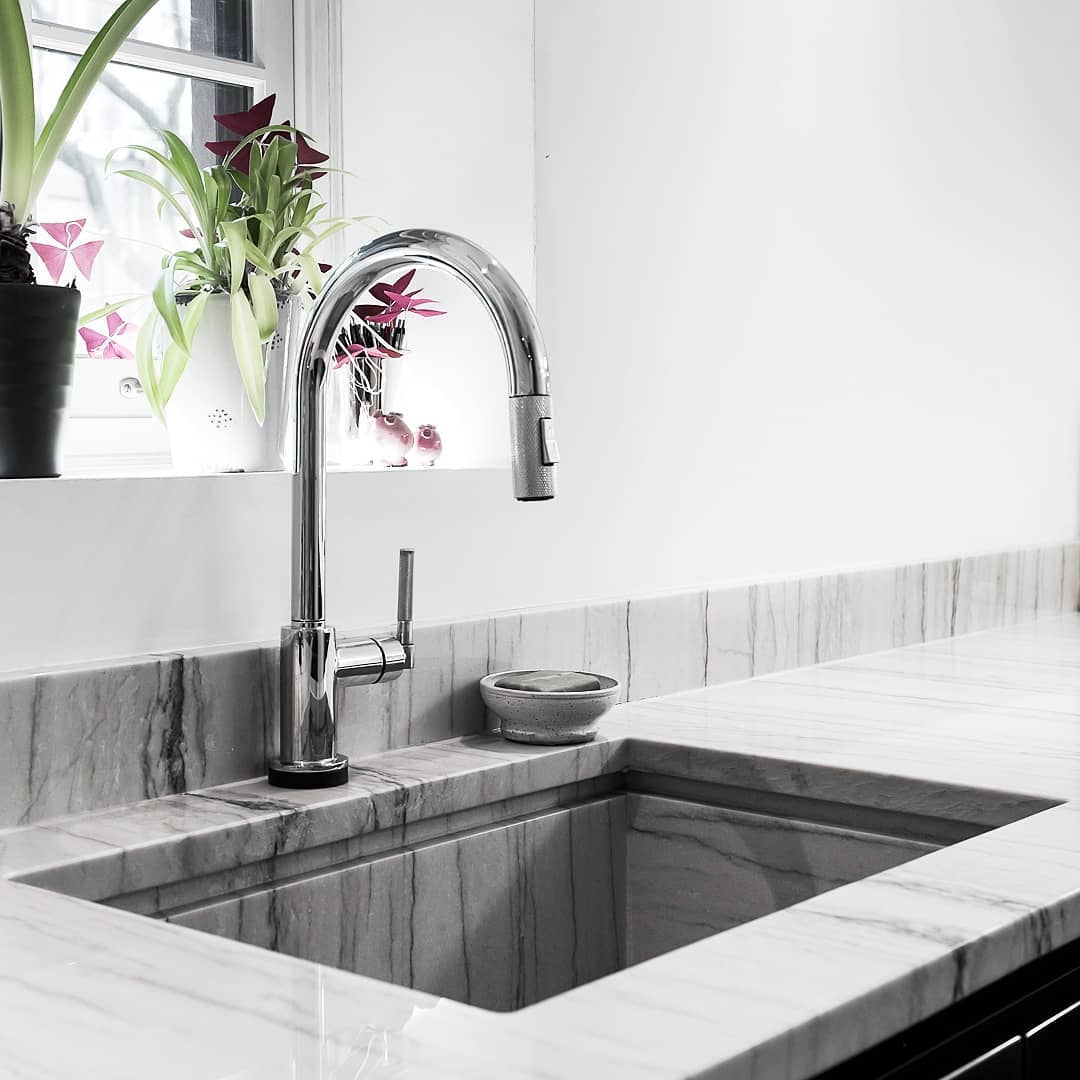 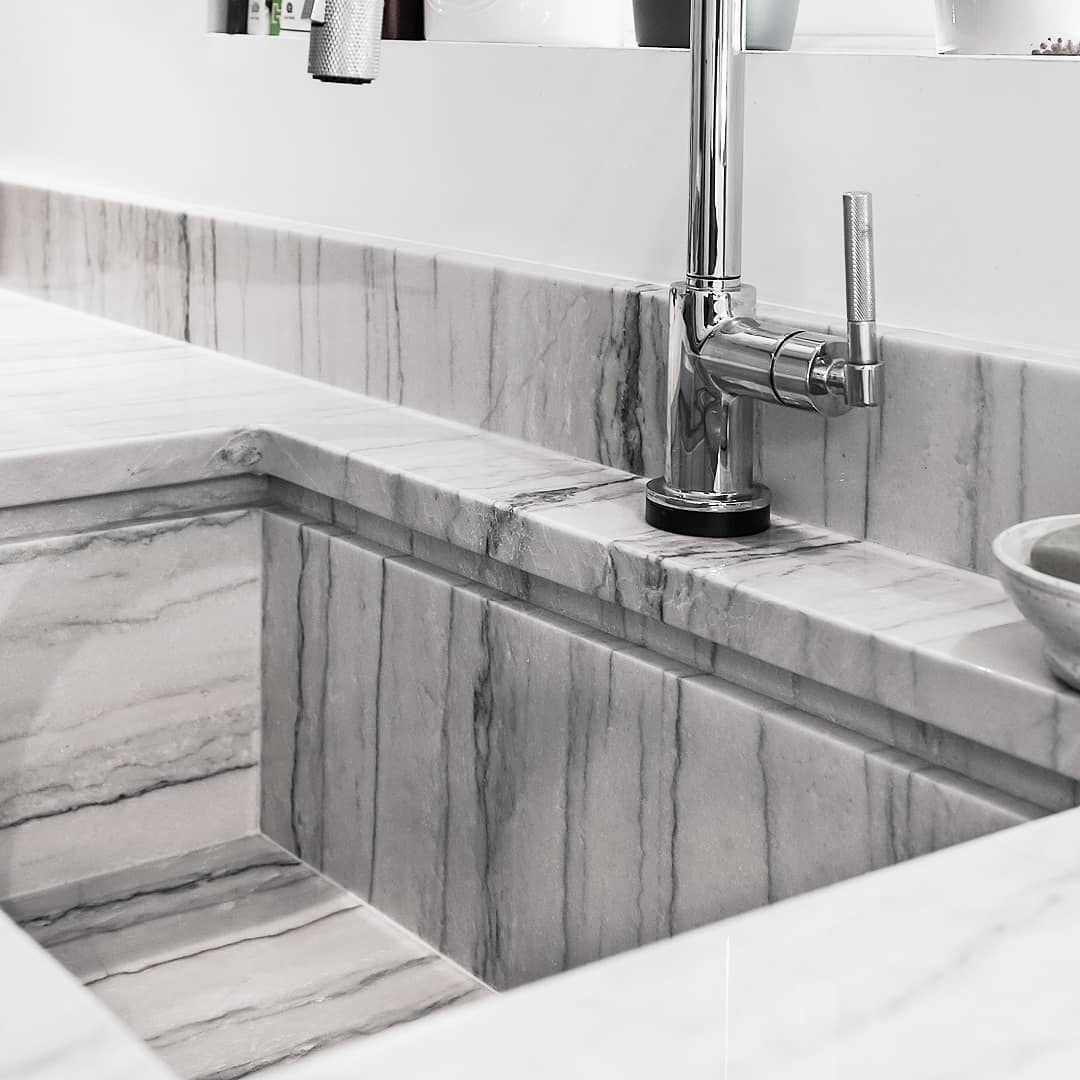 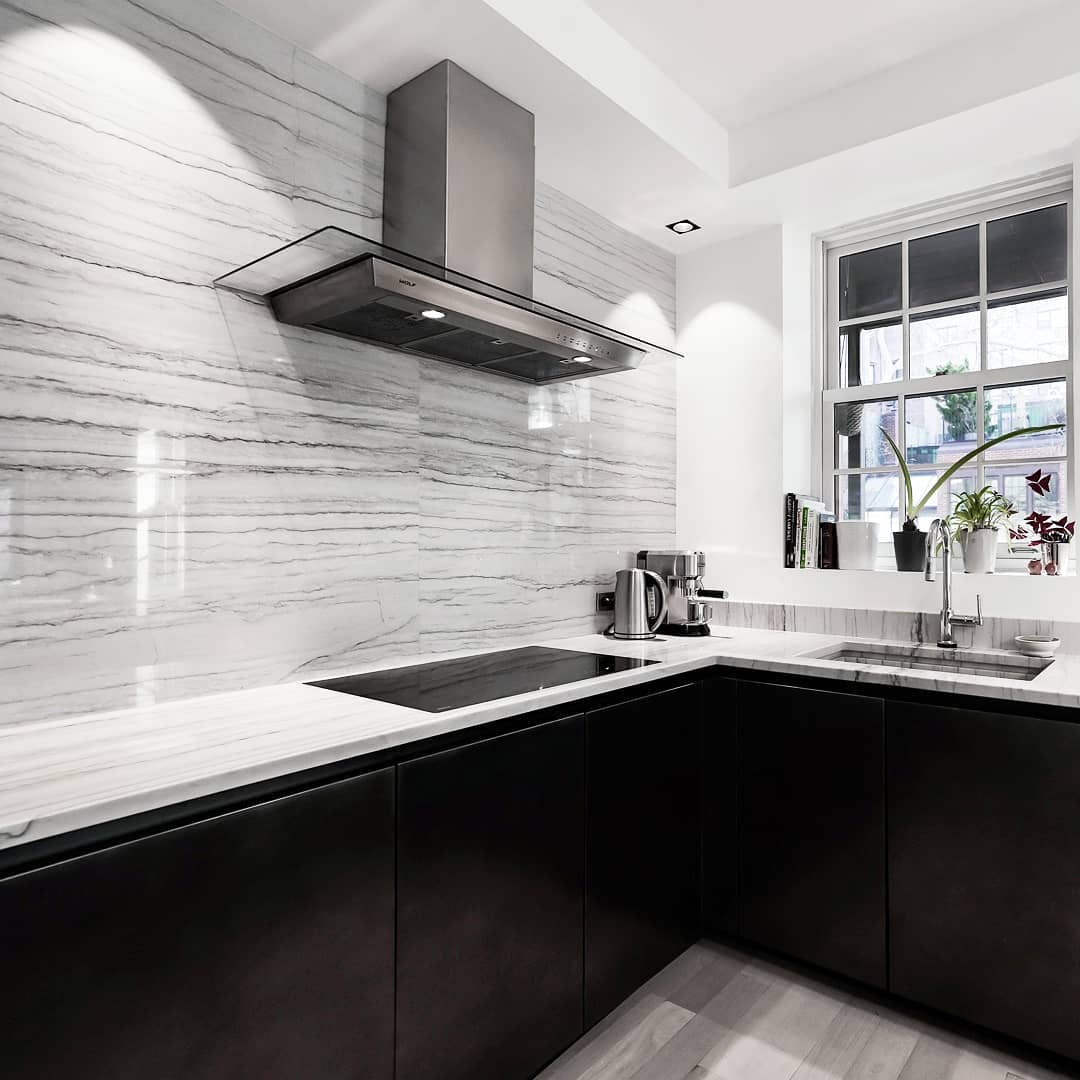 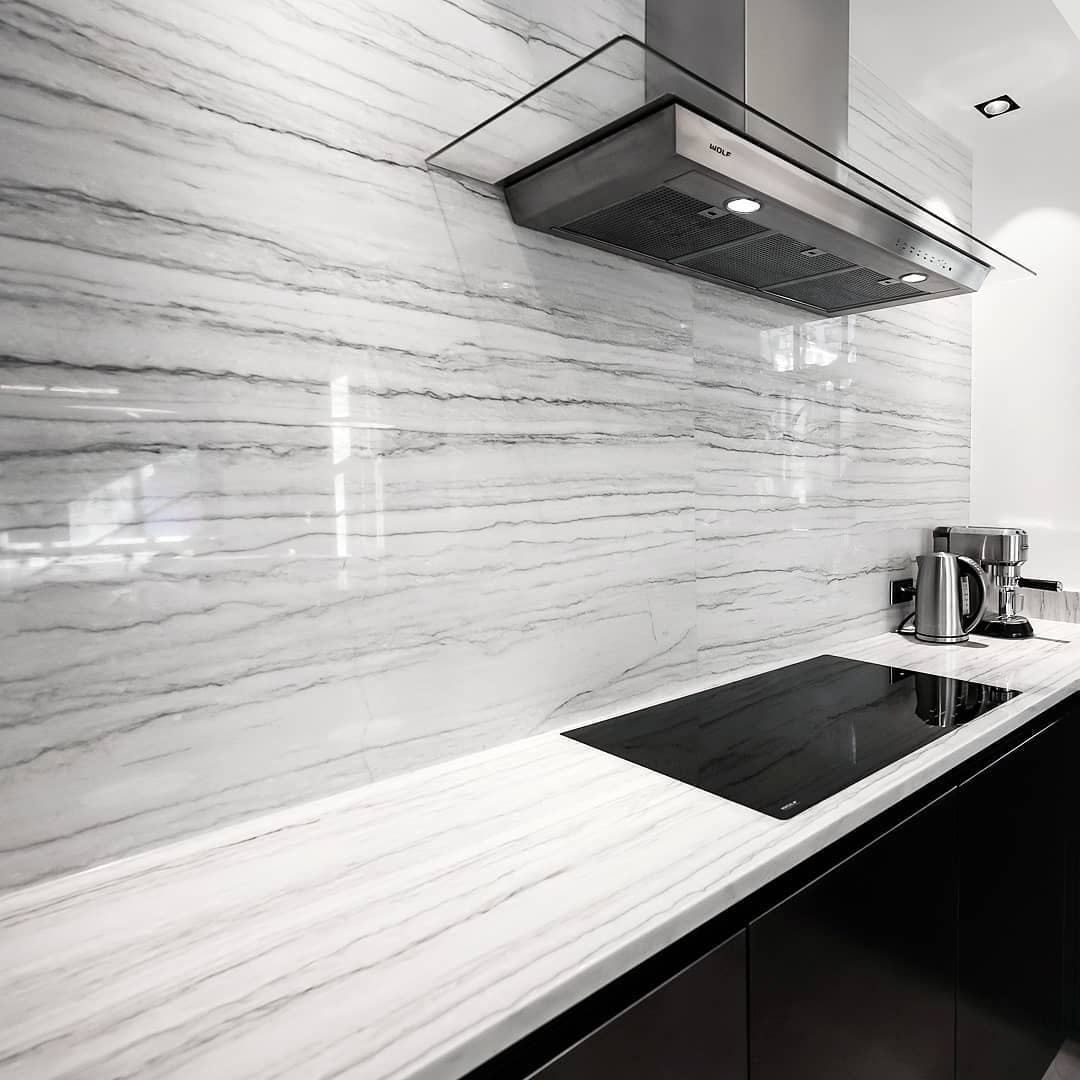 What designs and colors does marble have?

This stone has chains called stylolite, which can be seen in the texture of the stone like a heartbeat. Pure marble has a white and shiny color. The light gray to black color is caused by carbonaceous materials. Green colors are usually produced by chlorite or other silicates. The pink and red colors are due to the presence of very finely dispersed particles of hematite or manganese carbonate, and the yellow and cream colors are due to the presence of limonite.

Due to its calcareous nature, marble stones have very high water absorption. For this reason, they should not be used in places with a lot of moisture, such as toilets, bathrooms, kitchens, and bathrooms. This stone is not resistant to natural factors such as rain, cold and heat and weathering like travertine and granites. Therefore, if marble stones are used in places that are exposed to cold and heat, they will rot and corrode.

In general, marbles are not a very good choice for outdoor spaces, unless they are very thick, which can prevent water penetration and stone corrosion, and also delay deep cracks, or if the surface is not eroded. As before. We have mentioned that this stone is the most ideal choice for indoor use, and on the other hand, the high variety of colors and the possibility of implementing patterns on this stone and its flexibility have distinguished it from other stones. Marble can be processed by special mastics and UV, which greatly increases its capabilities and lifespan.

Want to join the discussion?
Feel free to contribute!

The Beauty of Onyx Stone
Scroll to top